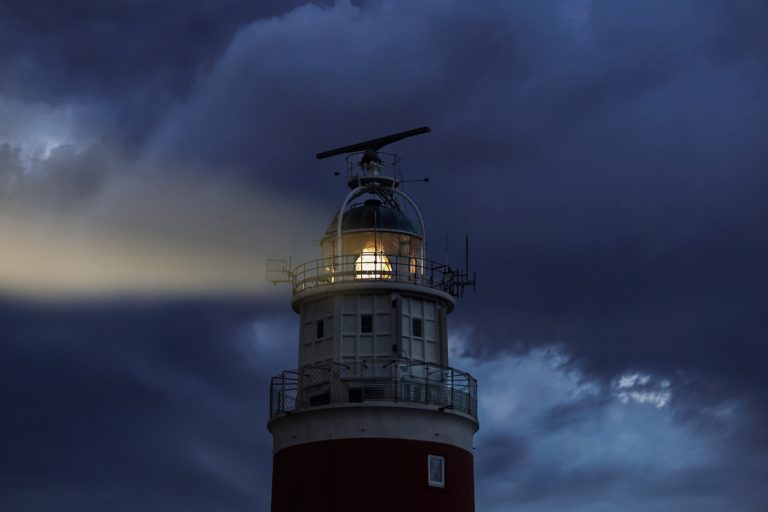 The Safe Harbour Restructure has become a popular method of business rescue. The formal voluntary administration regime is known to be expensive and unsuccessful to family businesses (see Mark Wellard 2014 study). The Safe Harbour reforms started about two and a half years ago to protect directors against civil personal liability for insolvent trading. This defence, a milestone for Australia’s business rescue landscape, allows directors to continue operating a company they suspect might be insolvent while they attempt a restructure or turnaround.

Until September 2017, harsh insolvency laws used to leave directors little choice when their companies were faced with financial ruin. The fear of claims against their personal assets forced a hands-off approach, pushing many companies into insolvency prematurely.

The Safe Harbour regime allows marginal businesses to explore turnaround plans that might achieve “better outcomes” for creditors and stakeholders. Directors may now continue to control their companies instead of immediately appointing a voluntary administrator or liquidator.

Before the reforms, statistics showed that directors traded while insolvent for a period of six months, on average. So, a director’s personal assets are at risk of a claim by the liquidator for debts incurred by the company (during those 6 months). Challenges were even made by liquidators where the corporations were ‘well-advised’ listed businesses. Safe Harbour helps mitigate risks, so directors become more willing to try for ‘better outcomes’ than that which a formal insolvency regime might offer.

Half of the companies we have advised, so far, have ended up using a formal insolvency regime at the end (whether voluntary administration or liquidation or otherwise). What’s surprising is that it isn’t more. Although, ultimately, time will tell…

Since directors must suspect insolvency before asking for advice, it would appear that many are now making earlier contact with professional advisors and turnaround experts. This early intervention reduces or eliminates the time directors expose themselves to insolvent trading claims. Creditors stand to see higher returns since company assets are not eroded through ongoing trading losses. Just the breathing space alone seems to enable directors to reduce creditor indebtedness – which, in turn, lowers a director’s residual exposure on personal guarantees they have given. Creditors who have personal guarantees AND have registered security interests on the PPSR appear to be in the strongest position – with directors incentivised to pay these creditors in priority and there is a defence available to the preferred creditor for unfair preference claims.

A Safe Harbour restructure shouldn’t be a tool used to deliberately phoenix or pre-pack a company. This is key warning of Helen Anderson in her 2018 paper “Shelter from the Storm: Phoenix Activity and the Safe Harbour”. However, the Treasury Laws Amendment (Combating Illegal Phoenixing) Bill passed in February 2020 states that in addition to achieving ‘market value’ in asset disposals, Safe Harbour under section 588GA of the Corporations Act is also a defence against a creditor defeating disposition (a new measure intended on combating illegal phoenixing due to become effective on 1 April 2020).

Not-for-profit and charity organisations often work to a tight budget and income can fluctuate for a variety of reasons. Donations, funding arrangements and regulatory matters often change suddenly (think NDIS or private school funding). It’s not uncommon for NFPs and charities to have what the AICD refer to as ‘decorative’ boards. These boards might consist of business owners, legal and accounting professionals who act in a non-executive capacity and give their time pro bono. Fluctuating market conditions and financial risk may become too significant for such board members – laying their personal assets, reputation and professional status on the line. Safe Harbour protection can be a valuable additional insurance measure – utilised similarly to directors and officers insurance (or ‘management liability’ cover). With the Treasury Laws Amendment (Combating Illegal Phoenixing) Bill, Safe Harbour protection has been extended to ‘officers’ as well as ‘directors’ – so perhaps we might even see the emergence of the Chief Restructuring Officer in Australia (even if that isn’t the exact title that is ultimately bestowed).

With a share sale, incoming directors have 30 days after appointment to resign before they inherit the historic management, compliance and performance liabilities of the corporation. This makes the prospect of a share sale undesirable for the purchasers of small and family businesses. After all, there may not be sufficient time to undertake thorough due diligence – something which in itself may devalue a business as it causes a commercial risk with regards to confidentiality. A far easier mechanism is to purchase the business and assets into a new or existing company. A director relying on a last-ditch sale to save the business can reasonably foresee that the deal provides a “better outcome.” Of course, directors and liquidators may view the transaction differently later, in hindsight, if the sale does not complete. Fortunately, the Safe Harbour defence still stands even if this view is subsequently formed (reasonable belief of a better outcome at the relevant point in time – ‘without the benefit of hindsight’, perhaps even per Powell v Fryer 2001).

This is where a sale of predominately all of the business and assets is purposefully negotiated before the intended appointment of a registered liquidator. The sale takes place immediately prior or shortly after appointment (pre-positioned and pre-pack sale respectively). Liability exposure increases when directors know about impending insolvency while continuing trade if the rescue transaction fails. Appropriate expert advice on Safe Harbour options mitigates risk during this transition. The illegal phoenix activity aspect, whether actual or perceived, is alleviated by achieving market value for the sales transaction (by testing the market through multiple prospective purchasers or an independent business valuation). Such a determination is to be made by the liquidator (and now ASIC too). What happens where a sole director and 50% shareholder can’t get the agreement of the other 50% shareholder (who isn’t a director)? Are they allowed to put creditors interests first and sell substantially all of the business and assets? See comments below re ‘better outcome’…

Negotiations to refinance take time. So does freeing up assets to meet short term liquidity. The company operates as usual and hopes talks succeed before the cash flow dries up. Safe Harbour allows directors time to attempt negotiations. If those negotiations fail, the directors are protected from debts incurred during trading during the Safe Harbour interim period.

On multiple occasions, we have encountered clients where if a company were to be liquidated, the creditors would stand to receive payment in full. Directors of such companies are reluctant to consider formal insolvency due to the erosion of value where they’re solvent on a balance sheet basis (the prospect of a registered liquidators fees can be a frightening prospect alone…). However, trade creditors may not have received payments for many months – sometimes even over several years. Safe Harbour protection offers directors a strategy to raise capital by selling liquid assets while allowing time to continue payment negotiations with trade creditors.

Some practicalities of Safe Harbour provisions remain open to interpretation.

Currently, the industry lacks consensus, so each scenario remains tailored to the individual situation and the preferences of the directors and advisors concerned.

The idea of a “better outcome” should include measurable results. Outcomes are tested in hindsight, where liquidators must find reasons directors do not qualify.

Directors should make sure to prepare by:

Then, if the turnaround plan fails and a liquidator steps in, directors seeking Safe Harbour protection must:

In terms of a “better outcome”, whose interests should directors seek to optimise?

This is a tricky one. In the discharge of duties, directors are required to have regard to the interests of both shareholders and creditors. There is a difference between financial distress and actual insolvency. However, it is extremely difficult for directors to determine which term applies to their company when crisis strikes. The nature of the circumstances makes it unlikely that directors will have the time, funds or resources to complete a detailed analysis and form a decision as to what category the company falls into then – ‘financial distress’ or ‘insolvency’. Perhaps the reason why this period is referred to as the ‘Twilight Zone‘ (see our earlier article here).

If directors establish Safe Harbour and then make the decision to immediately place creditors interests before shareholders (or the company), this places them at risk of criticism for insolvent trading for the period immediately prior (in theory, at least). After the insolvent trading laws were introduced in 1993, the first judgment was entered 4 years later in 1997. How long will it be before we see case law on Safe Harbour?

In Conclusion – The Future of Safe Harbour

Safe Harbour reforms continue to evolve in a bid to help shape the Australian economy. After all, there must be a system for the recycling and refining of potentially viable business models in an environment where it is ‘safe to fail’.

Strangely, the number of directors coming forward and asking for formal advice has been lower than was expected. Directors require greater awareness and further education around their options. The psychological comfort afforded by the Safe Harbour allows directors and members of the board to manage the business through distressed crisis scenarios. This safety net minimises the temptation to resign, so others must try to forge ahead. The protection also supports the design of turnaround plans intended an attempt at a genuinely solvent restructuring. A novel aspect. So far, the uptake, while less than predicted, shows positive results from our perspective.

The Australian Federal Government was to review the Safe Harbour process two years after implementation. This review process has been delayed somewhat. It will be interesting to see how the review is undertaken given the difficulties associated with quantifying a process such as Safe Harbour.

If you would like to speak with one of our experts, please contact us by email at eddie@turnabout.com.au.